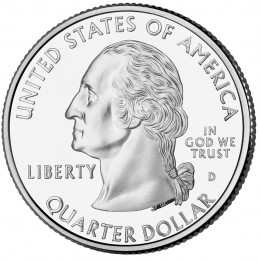 These days, fewer and fewer Android developers launch an app and experience much, if any, success on Google Play. For most developers, their apps – their babies – do not become hits despite their quality. They are then forced to find other ways to attract users.

Google Play is a sea of other apps, and app discovery is a challenge because there are no guarantees an app store will promote a particular app. To acquire users, developers must engage in high-cost bidding wars against other app developers in the form of cost-per-install campaigns. Some app developers have deeper pockets, moving prices higher and forcing all developers to spend more. It’s a vicious market and exactly the reason WildTangent is shaking up the app install industry with a new low-price app install offer.

In advance of Tune’s Postback ’15 event in Seattle this week, we’re offering UNLIMITED 25 CENT INSTALLS to the first 500 app developers to contact us (see below for how). When industry install costs can reach $3.50 or more, it’s an awesome deal. It’s even better once you learn more about WildTangent.

You might not know this, but WildTangent is the world’s fastest growing CPI network. By the end of this year, we expect to achieve over 2 million Android app installations PER DAY on smartphones and tablets throughout North America and Western Europe, with additional distribution in Latin America and Asia.

We also offer something other CPI networks simply can’t – the ability for consumers to choose in one click which apps they want to install on their new mobile devices at prime times during setup as well as throughout the lifetime of their device with amazingly relevant recommendations. We’ve established partnerships with many of the world’s top devices manufacturers (OEMs) and mobile operators to make this happen, and they are as excited, as you should be, about this industry revolutionizing approach.

So, app developers, how do you evaluate cost-per-install campaigns? Do you need high quality installs? Would you rather pay for actual installs than just simple clicks? Who has the right scale? How about a fair price?

At WildTangent, we offer it all.

To secure your opportunity, please contact us now. We’re limiting this offer to the first 500 to respond and this will fill up fast. No joke. So, send an e-mail now to CPI@wildtangent.com to get started.

We look forward to bringing you aboard and helping you to experience a better way to acquire users.